Music in the Schools

Available to all public and private schools across Northern Illinois, the Chicago Federation of Musicians co-funds performances geared for preschool through high school students. Our musicians will perform one 45-minute concert or, alternately, two 30-minute programs for different audiences. Consider pairing up with another school nearby for two 30-minute performances scheduled within two hours! The CFM will match the cost dollar for dollar.

Music in the Schools Application Form

Cartage  (transporting  of large  or  numerous  instruments)  is  not reflected  in  the  cost  above.  The additional  cost  for  cartage  can  be  seen  on  the  cartage  table  and  should  be  added  to  the  total cost  shown above.     The  Chicago  Federation  of  Musicians  provides  co-funding  for  50%  of the  Total  Cost of  the performance.  The  co-pay  amount  is  your organization’s  cost  for  the  performers.  All performances  must  be  pre-approved with the  Chicago  Federation  of  Musicians  in  order  to receive co-funding.

Browse the approved ensembles listed below.
Need more information? Call our offices at 312-782-0063 or contact us. 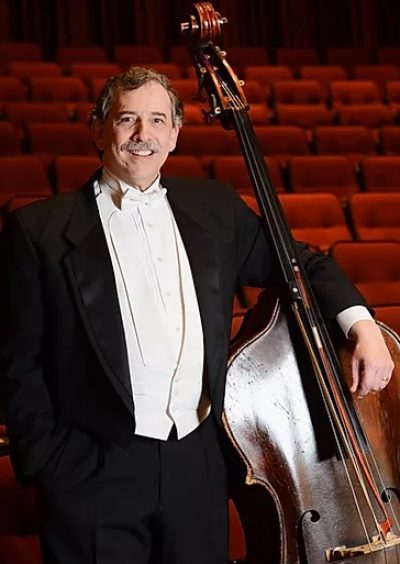 A fun and interactive introduction to music using humor, performance and audience participation. "Painless education" not a concert. A conversation with the audience interspersed with short musical excerpts and melodies, sometimes to illustrate or just to listen. A feature is teaching about the rhythm section and what it takes to be a part of an ensemble. 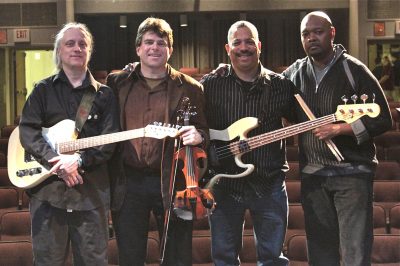 StringFusion’s school show is a musical journey through time and geography. Led by former Cirque du Soleil violinist Edgar Gabriel StringFusion demonstrates how music from many different cultures and countries converged in the Americas to create Blues, Rock and Roll, Latin, Jazz, Country and Pop music. Edgar also demonstrates how the violin and other instruments were essential to the creation of jazz, blues etc. Audience participation is encouraged especially in the Latin and Blues segments. This show includes the music of J.S. Bach, Michael Jackson, Jean Luc Ponty, Jimi Hendrix, Tito Puente, Chick Corea, a Gypsy Csardas, Irish Jig, Duke Ellington and the Allman Brothers. While this show is educational it is highly entertaining and much of the music is dance music.

The show starts with a dance number from the Middle East, then to India (or China) and to Eastern Europe with a Gypsy Csardas. Then to Ireland with a Jig and Germany with a Gavotte by Bach. Then the musicians travel across the sea to the Caribbean and play a Mambo. Edgar briefly explains how Afro-Caribbean music was created by a combination of Spanish, African, Native Americans and other cultures. The group then moves to New Orleans to present swing jazz and then up the Mississippi to Chicago for some Blues “Sweet Home Chicago”. Country music is then highlighted with Charlie Daniel’s “The Devil Went Down to Georgia”, Followed by Rock and Roll with Chick Berry’s “Roll Over Beethoven”. The group then plays a classic rock tune by Edgar Winter (or the Allman Brothers) and winds up with a pop tune such as Michael Jackson’s “Human Nature”. 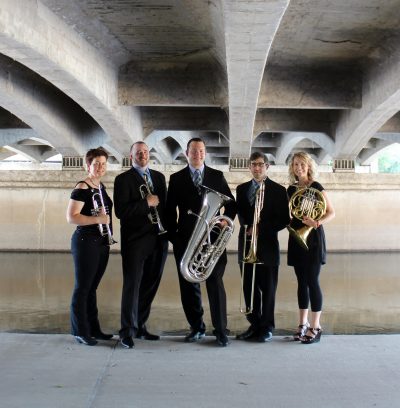 Whether through our collaboration with Reach*Teach*Play Ravinia, the Chicago Brass Festival, or the Dubuque Arts Council Musician Residency Program, The Alliance Brass has developed educational programming and curriculum to musically meet students where they are.  For younger audiences, S.T.E.A.M. learning objectives are the focus while for our junior high and high school programs, we provide masterclasses/sectionals, recitals, and lecture recitals.  Read more about our offerings on our Educational Programs Digital Brochure  or contact The Alliance Brass today!  www.alliancebrass.com or Kelly at 773-771-8237. 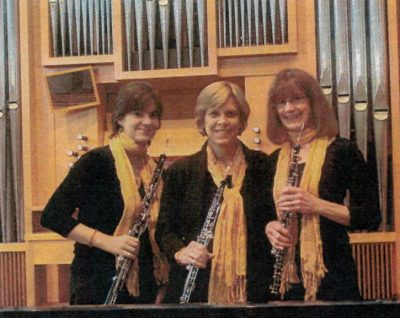 The AMBER TRIO specializes in music written for double reeds. Together they play music of many different and diverse styles from the Baroque to the Contemporary eras. 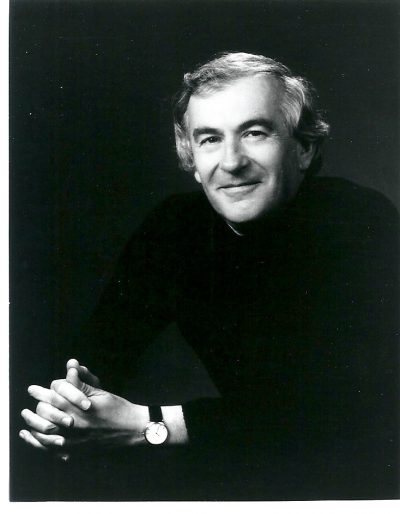 A Chicago native and member of the Chicago Symphony Orchestra since 1964, Arnold Brostoff has successfully combined careers as a violinist, conductor and composer.
Read more
Email to contact 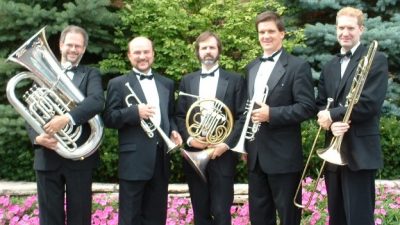 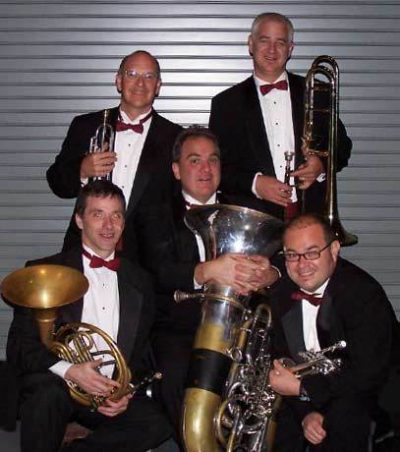 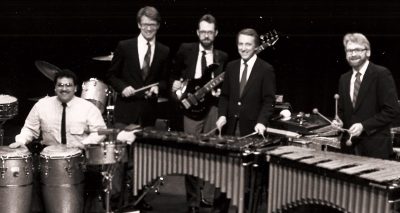 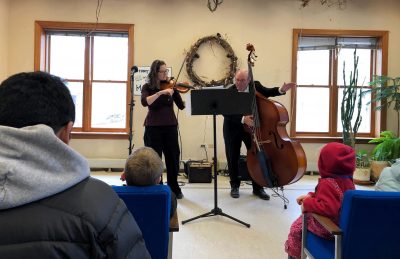 COALESCE DUO is a collaboration between Elise Dalleska and Jeff Kowalkowski. They present concerts of many generes (classical, pop, jazz/blues, American fiddle, new music and the classics of Cole Porter/Gerswhin/etc).
CLICK HERE to read more
CLICK HERE to contact the COALESCE DUO 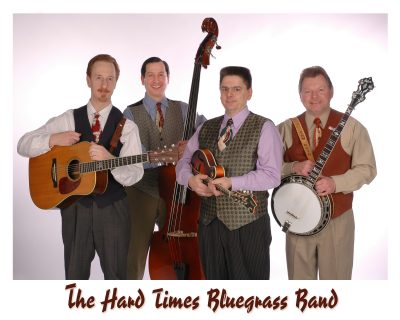 This is an opportunity to experience Bluegrass music, one of the few truly American musical art forms featuring songs and tales of America’s rich culture
CLICK HERE to read more
CLICK HERE to contact The Hard Times Bluegrass Band 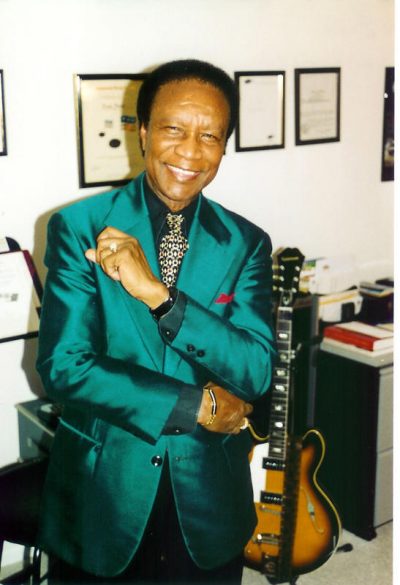 This is a program that features gospel, country, reggae and ethnic music along with stories about the life of a musician.
CLICK HERE to read more
CLICK HERE to contact 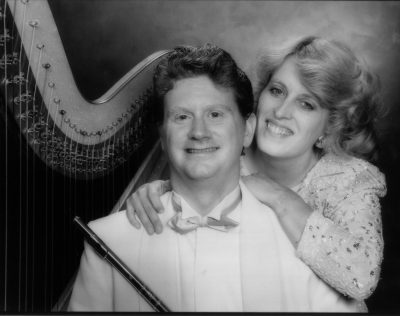 A refreshing and sophisticated program demonstrating how two different instruments (harp and flute) work and sound together.
CLICK HERE to read more
To contact Hute 47 call: 847-869-6150 or 312-848-0156. 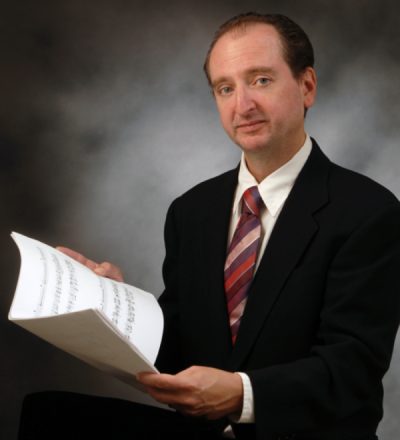 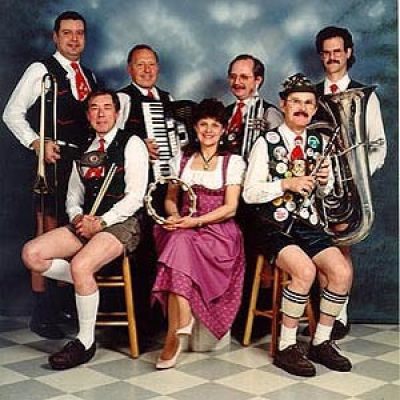 Jimmy’s Bavarians can take you on an educational tour through the music of the Oberkrainer, Tyrolean, Austrian, Swiss and Bavarian regions with stop-offs in the rest of Germany.
CLICK HERE to read more
CLICK HERE to contact 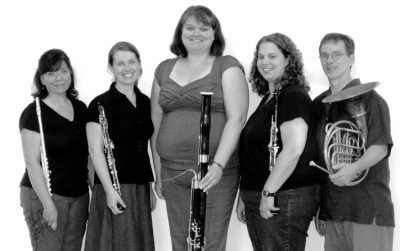 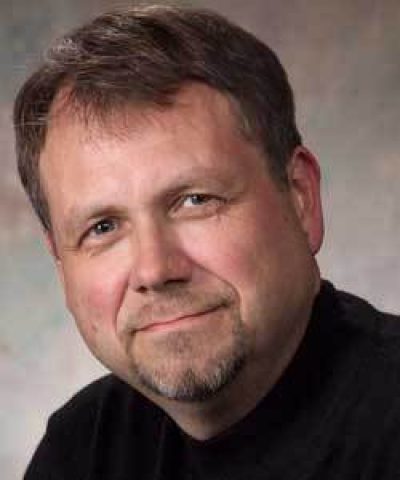 The Magic of Rhythm

The Odyssey Woodwind Quintet offers two educational programs, one for students ages 6 to 12 and another for 12 and older.
CLICK HERE to read more
CLICK HERE to contact 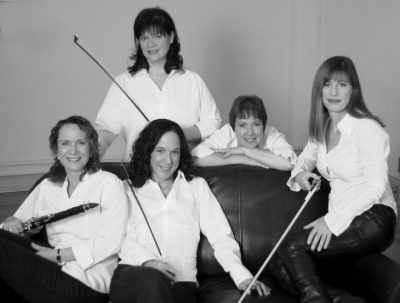 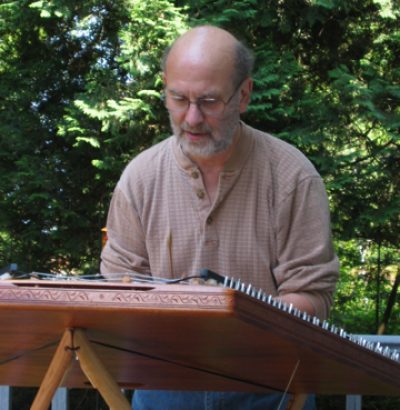 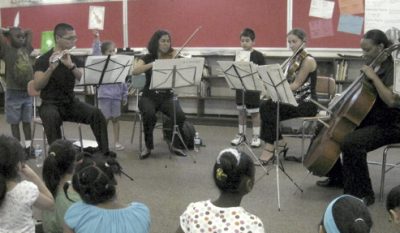 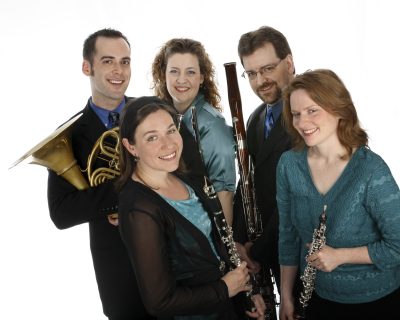 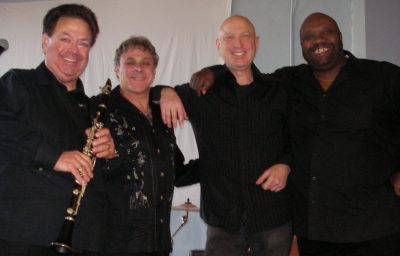 "From Rag to Rap" 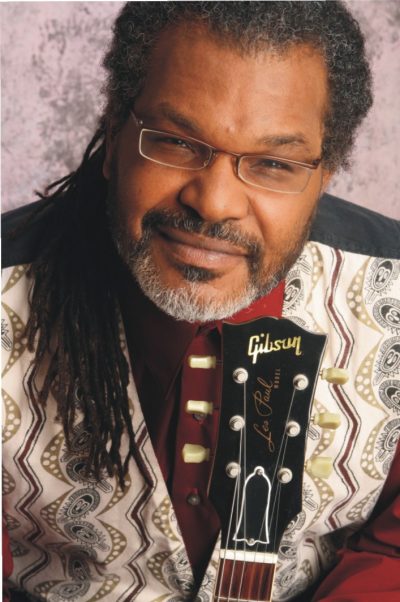 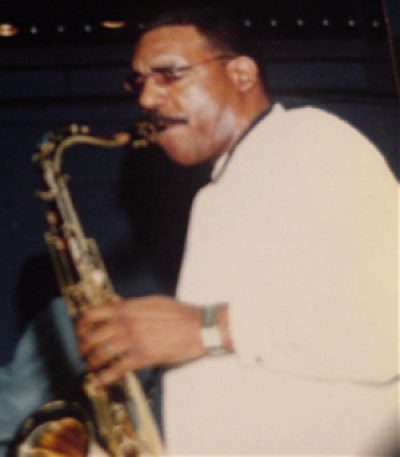 This workshop is designed to be an intimate exchange between Sherwen and the students of music and the experience of being a professional musician. 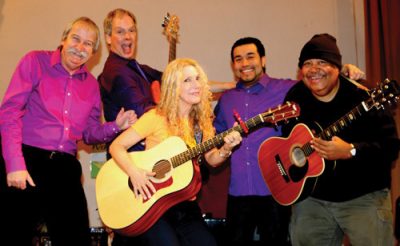 Wendy & DB and the Funn Band

In their exciting, interactive children's concerts, Wendy & DB capitalize on the curiosity and imagination that flourishes in kids-helping them to discover the world around them through music.